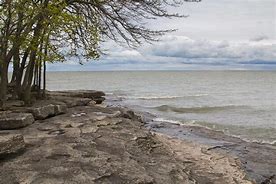 William Carl Hurford (54) passed away unexpectedly on December 27, 2020 in his home on Ellett Rd. in Beloit. Bill was a 1984 Graduate of West Branch High School where he was involved in football and wrestling. Bill was a very skilled and intelligent individual. He was good at building things (anything) and was exceptional as a machinist throughout his life working in shops in the Canton/Akron area, oftentimes, in supervisory positions. He loved working on cars, building stereo boxes, fishing, hunting, and spending time with family.

He was preceded in death by his parents Janice Kay Everson of Salem and Carl Herman Hurford II of Beloit. He leaves behind his high school sweetheart and wife of 37 years Amy (Wilson) Hurford from Beloit and his two sons Joshua (Dara Knapik) Hurford of Massillon and Nate Hurford of Beloit. He had two grandchildren Myla and Maddox whom he adored greatly. He had two sisters Christina (Frank) Grezlik of Medina and Tina (Gary) Wonner of Austintown who will also be missing him greatly. Also included is his niece Lindsay Stine of Cornersburg and nephews Cade Grezlik of Medina, Craig (Stephanie) Stine, and Brandon (Jasmine) Stine of Austintown.

No formal services will be held.

To send flowers to the family or plant a tree in memory of William C Hurford, please visit our floral store.