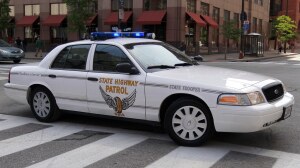 Wendell L. Hill, commonly called "Sam", passed away August 24, 2022. Sam was born August 30, 1941, to Ernest Frank Hill and Goldie Murl Hill (nee Leonard) in Jackson of Jackson County, Ohio. Sam graduated Jackson High School in 1959 and enlisted in the U. S. Army in his pursuit to be an Ohio State trooper. After basic training at Fort Knox, Kentucky, he was assigned to the Military Police Company at Fort Monmouth, New Jersey from February to August 1960. He declined an offer to attend OCS in Georgia in August 1960 and was then sent to the 382nd Military Police Battalion in Germany at the end of August 1960. He was stationed in Mainz, Germany until July 1961and transferred tom Bad Krueznach, Germany as the driver for the provost Marshall. He was promoted to Corporal in October 1961 and transferred back to Mainz, Germany to head the Traffic Accident Prevention Section until discharged in November 1962. He then applied to the Ohio State Patrol and was assigned to the Steubenville Patrol Post as a cadet/dispatcher in April 1963. While there, he met the love of his life, Nancy Kostelnik, who would later become his wife. He was then sent to the Patrol Training in Columbus, Ohio. After graduation he was assigned to the Ravenna Patrol Post, November 1st, 1964. He married his wife in September 1965. They had two sons, John and David (Dave). In April 1975, he had to write a letter declining any promotion to remain in Portage County. He transferred to the Auto Title Fraud Section in 1989 and was assigned to The Warren District Headquarters until he retired January 19th, 1996.

He was preceded in death by his father, Ernest F. Hill Sr. and Mother Goldie, brothers Ernest Jr. and Jerry, and a sister Peggy Lowe. He is survived by his wife Nancy, sons John and David (Dave) of Ravenna, sisters Deborah (Larry) Todd of Wilcox, Arizona, and Bonnie Hall of Jackson, Ohio.

Sam did not wish to have calling hours and wished to be cremated. His family is planning a Celebration of Life at a later date.

In lieu of flowers, memorial donations may be made to the Edinburg Township Fire Department, 6727 Tallmadge Rd. Ravenna, Ohio 44272, or to the Case Western Reserve University/ University Scholarships in honor of Doctor Henry Baele, who miraculously gave Sam seven extra years of quality life after a severe aortic aneurysm. Friends and family may share their online condolences at www.deansfuneralhome.com. Arrangements are entrusted to Dean's Funeral Home Sebring, Ohio.

To send flowers to the family or plant a tree in memory of Wendell L. Hill "Sam", please visit our floral store.

A Memorial Tree was planted for Wendell

Join in honoring their life - plant a memorial tree

You can still show your support by sending flowers directly to the family, or by planting a memorial tree in the memory of Wendell L. Hill "Sam"
© 2022 Dean's Funeral Home. All Rights Reserved. Funeral Home website by CFS & TA | Terms of Use | Privacy Policy | Accessibility