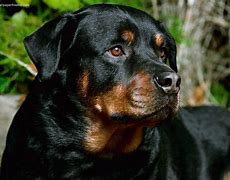 David William Helman, age 66 of Leigh High Acres, Florida, came home to Beloit Ohio to pass away with his family. He passed away at 6:10 a.m. on Wednesday, February 3rd at his son's Eric’s home. David was born August 27, 1954 in Salem, Ohio to Clarence (Jack) & Barbara (McGaffic) Helman.  David was a lifelong resident of Salem, Ohio until he moved to Florida in 2006.

David also has a significant other Laurie Ann Stedham of Fort Myers, Florida.

Preceding him in death were his father Clarence (Jack) Helman & his Aunt Mary Geist both of Salem, Ohio

He leaves behind his beloved dog Eleanor Rigby (rottweiler) which Dave adopted and is now going to be cared for by his son and family.

He loved riding his Harley & Best of all his Grandchildren!

He was a retired Electrician.

At David’s request, cremation will take place and there will be no services. Friends and family may share their online condolences at www.deansfuneralhome.com. Arrangements are entrusted to Dean's Funeral Home Sebring, Ohio.

To send flowers to the family or plant a tree in memory of David W Helman, please visit our floral store.

You can still show your support by sending flowers directly to the family, or by planting a memorial tree in the memory of David W Helman
Share a memory
© 2021 Dean's Funeral Home. All Rights Reserved. Funeral Home website by CFS & TA | Terms of Use | Privacy Policy