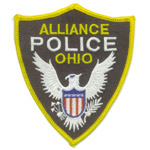 Alliance: Anthony Sullivan Lalli of Alliance, Ohio passed away peacefully surrounded by his loving family, at the age of 80. He was born October 12, 1940 to the late Stephen and Florence (Phillips) Lalli. He is survived by his loving wife Janet (Jarvis) Lalli. Daughter; Christina Foster, Sons; Charles (Tig) Lalli, Anthony (Julie) Lalli Jr., Stephen Lalli, and Salvatore (Kim) Lalli. Sister; Paulette, brother, Steve, twelve grandchildren, and 8 great-grandchildren, extended family, and friends. In addition to his parents he was preceded in death by sisters; Patty, Jeannie, Alice, Linda. Brother; Bob, and a grandson; Christopher. Anthony was a two-time golden glove champion in boxing. He proudly served in the United States Army. He was a Member of The Alliance Police Department for 25 years. After retirement he worked as delivery driver for Schopp's Sons Inc. He was a member of the Fraternal Order of Police Lodge # 73 and attended various area Catholic Churches over his lifetime. He enjoyed making frequent trips to Disney World and was a Cleveland Sport's Fan. He will be greatly missed. Visitation will take place Thursday June 10, 2021 from 10am-12pm at Dean's Funeral Home 256 W. Ohio Avenue Sebring, Ohio. A Funeral Service will be held at the funeral home at 12 Noon with Very Rev. Cannon Matthew Mankowski officiating. The Fraternal Order of Police will be present at the funeral home. The Military Honor Guard will be present for military honors at Highland Memorial Cemetery immediately following the funeral. Burial will take place at Highland Memorial Park. In lieu of flowers, the family request memorial contributions be made to Fraternal Order of Police Lodge #73 PO Box 3230 Alliance, Ohio 44601. Friends and family may share their online at www.dean'sfuneralhome.com. Arrangements are entrusted to Dean's Funeral Home Sebring, Ohio.

To send flowers to the family or plant a tree in memory of Anthony S. Lalli Sr., please visit our floral store.